Newsflash. It’s gotten cold down South. We’ve been threatened with snow every other day for two weeks, but have barely seen any. Oh, but that doesn’t mean there hasn’t been any snow days. The schools are handing out those like Oprah hands out cars.

My high school never had snow days when I was there. And sometimes it actually snowed and we were one of the only schools still in session. Now, severe weather is in the forecast and it’s cancelled. There have been runs on the grocery store several times a week. I’m honestly surprised they can keep up as well as they have. I mean, you say the word “snow” in Chattanooga, Tennessee and the entire city is out of batteries and milk.

But enough of this snow talk. This blog isn’t for that kind of fairy nonsense. The main point is that it’s cold and do you know what that means? Stew. It means stew. Because stews are heavy and rich. Stews are comfort. Stews warm you up from the inside. It’s stew-time, people.

Now, I’m personally not a huge fan of beef. I just prefer chicken, fish, and veggies. But I absolutely love Beef Stroganoff. Perhaps it’s because it doesn’t taste like boring, ol’ beef. It’s zesty. And it’s served with buttered noodles, which I’m a sucker for. (I’m really a sucker for any type of noodle, but that is beside the point).

Let’s get our stew on. 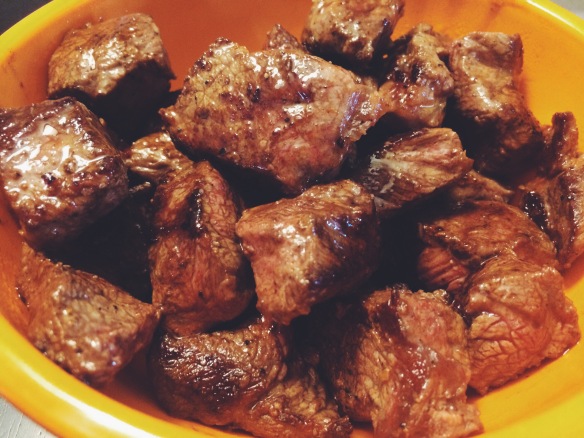 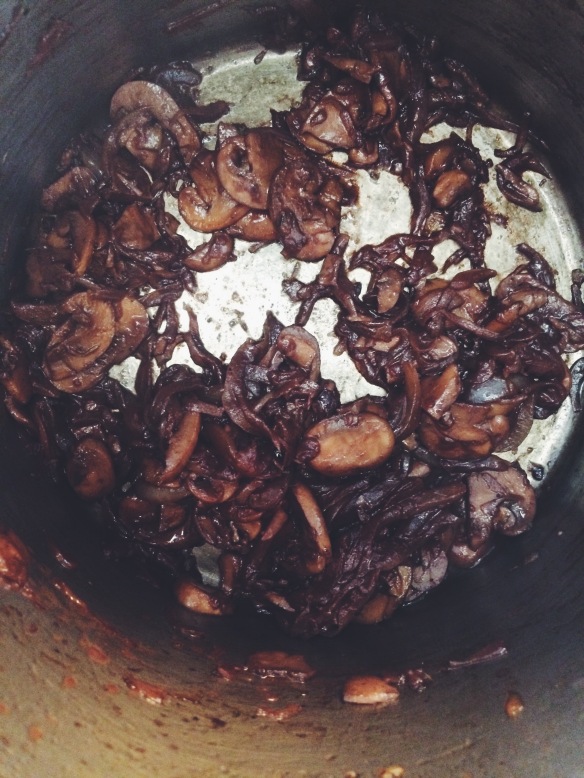 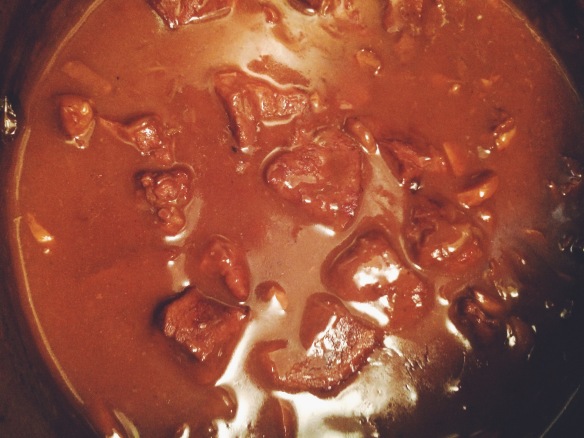 THE METHOD. Now, stews are all made the same way. It’s called the stew method. I know, they really put a lot of thought into that one. Any type of stew is made by following this method, which is good because then you can take the method and apply it to all kinds of tough cuts of meat. We’re teaching technique here, not recipes. Recipes are just the teaching vehicle of the technique.

ENJOY IT. This dish is perfect to warm you up on a cold evening. It’s a good thing it’s still Winter and you can make it this evening. Yup. That’s right. Go ahead and make it tonight. Your family won’t regret it. You sure as hell won’t regret it. But if by some weird occurrence that you do, have your people call my people. We’ll work it out…