Who doesn’t love Mexican food? And by Mexican food, I don’t mean Taco Bell. No, I don’t mean that joint down the street that you frequent every week for ‘Taco Tuesday.’ (Not that I don’t also attend Taco Tuesday and enjoy a margarita or two, but that isn’t what this post is about).

I’m talking about traditional Mexican food. Corn tortillas filled with juicy meats, freshly cut onions, and picked cilantro. Tamales so fresh that you can taste the sweat. Tortas, oh my goodness. They are only some of the best sandwiches known to man. Serve it up with some fried plantains and I am. Good. To. Go. It also has the added bonus of being pretty nice to that bank account of yours. (Most ethnic food does…those damn Americans…) I kid, I kid! I love America. You should see some of the shirts I own. People might think I love it a little too much…

I was sitting around thinking about what I wanted to make for dinner. I get stuck in a rut sometimes and continue to make the same meals way too frequently. I wanted to change it up. My sister texted me to remind me about Taco Monday ( I know, this particular restaurant decided to go against the norm. Everyone knows it’s Taco Tuesday. Psh. What are they thinking?)

This gave me the brilliant, and I mean brilliant, idea of making my own traditional style tacos. Carnitas to be exact. For those of you who don’t know, carnitas = pork. I had never attempted these before because it’s so convenient to go down to the local joint and order up three of those babies. I was up to the challenge, though.

I ran (drove) to the store and picked up the necessary items so that I could have my own Mexican Fiesta.

THE INGREDIENTS. Beautifully enough, most of the ingredients I had sitting in the pantry/fridge so I didn’t have to spend too much time or money at the store. Hopefully, you don’t, either. 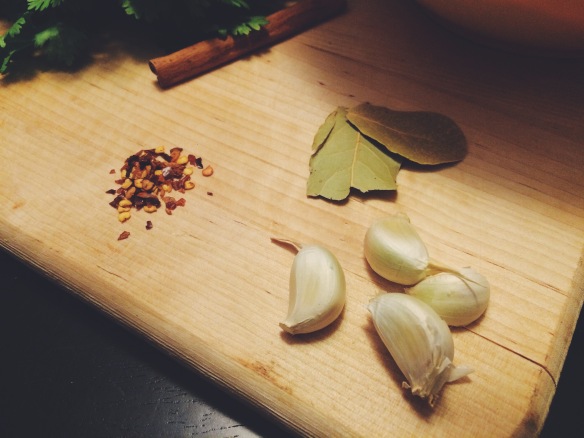 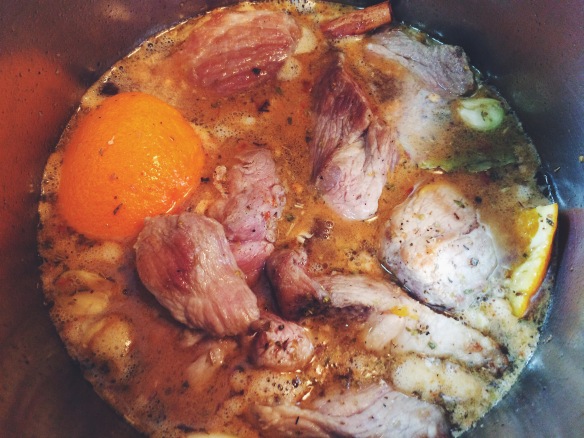 THE METHOD.  This is a one pot wonder known as a braise. Set it and Forget it! Kinda. Not really. Moving on… 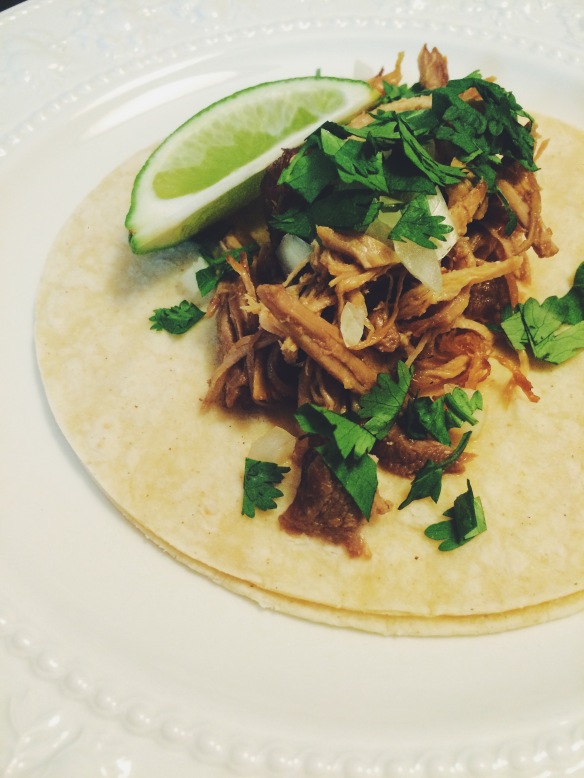 ENJOY IT. It simply doesn’t get better than braised pork on a corn tortilla. It just doesn’t. It’s succulent, but the acidity of the lime and the bite of the onion cut through the fattiness and it is just divine. So simple. But you all should know how I feel about simple food. It is the Bomb. Dot. Com.