I have a confession.

Some recipes are more difficult to make than others.

Shocking, I know. You can pick your jaw up from the floor now.

I’m the type of person that gets really excited to try something new (in the kitchen that is). Especially when it’s something I’ve never attempted to make before in some shape or form. I go all out. I go buy wine because let’s face it, you can’t cook without wine. Plus, when it all goes south, you have something to drown your sorrows in right then and there. But, moving on… 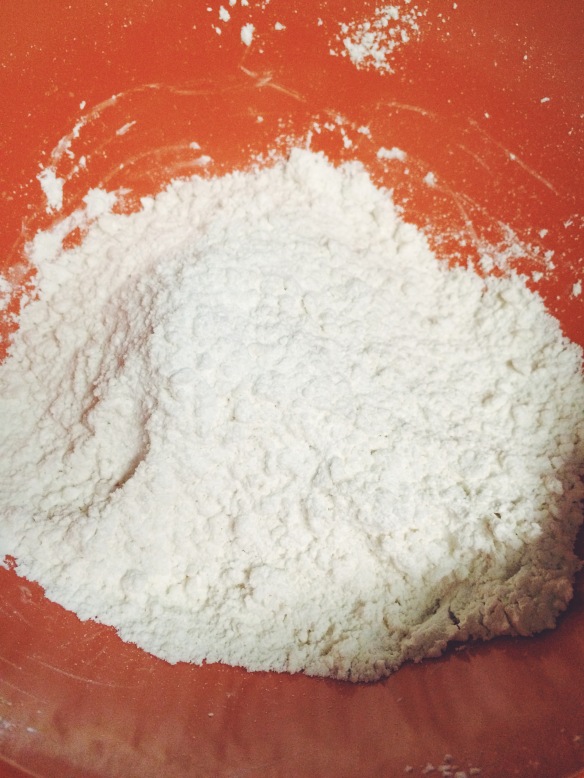 I sometimes even go to the expensive grocery stores like Whole Foods because the first attempt at a new dish needs the best ingredients you can get. You don’t want to set up the dish for failure before you actually begin cooking. (Confession: I didn’t actually go to Whole Foods for this particular dish because it didn’t need super fancy ingredients. I’m just informing you that I do it sometimes. But…oh, maybe that’s why it didn’t work out to my liking…Now, I’m going to have to go Whole Foods for every first try on a dish for the rest of my life. Goodbye, all future paychecks. I miss you already.)

Anyways, some dishes just don’t work out for you the first time. Happens to me more often than I would like to admit to myself. I’m trained, dammit. I should be able to read a recipe and execute it to perfection!

“The freakin’ recipe must be flawed,” I think to myself in frustration.

That’s true sometimes. A recipe can be flawed, but not every recipe has something wrong with it. Let’s take into consideration one of my favorite sayings about relationships and apply it here: If you mess it up once, maybe it’s the recipe’s fault. If you give it another go and mess it up again, maybe it was a fluke. But if you give it a third try and everything goes awry, it’s just straight-up you. You’re the reason it didn’t work out. (Yup, someone told me this once as a joke concerning my relationships during my late-teens and early twenties…I didn’t find it very amusing at the time, but hey, it works here!)

So, what’s the point of this long and drawn out introduction? Well, what happened was…I tried to make tortillas for this particular blog post. I was feeling pretty confident (read cocky). I’ve never tried to make tortillas before and, by damn, I was going to nail it on the first try. Never mind that people learn this particular skill from their grandmothers (great-grandmothers and mothers, too) and the recipes have been passed down from generation to generation..but it’s like four ingredients so how difficult could it be?

Turns out a lot difficult. Okay, so it’s not like I blew up the stove or anything. They were tortilla-esque, but not really. Were they edible? Sure, if dry and crunchy around the edges is edible to you as a tortilla. I’m a perfectionist, so in my eyes they were a complete-and-utter failure. If you ask Michael, he says they were great, but he’s kind of required to say that to prevent the next tortilla from being thrown at his face…(which totally didn’t happen, by the way…)

Like with a lot of traditional dishes cherished by their people, a recipe is sometimes just no good. It will never be helpful. Especially concerning tortillas. I just didn’t know what the dough was suppose to look like or feel like. As it turns out, my dough was too dry. It needed more moisture for the inside to steam open as it cooked on the griddle in order to make a soft and tender finished product. But hey, you can’t truly appreciate success unless you’ve failed a couple of times before that, right?

I’ll give it another go this week. Hell, I bought enough Crisco to give it a go once a week every week for the foreseeable future.